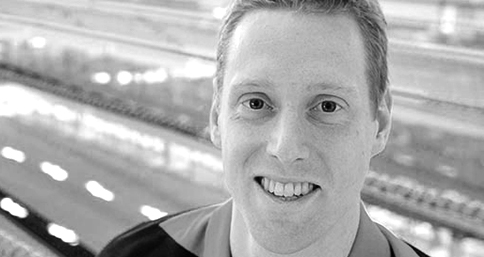 My swimming career began as most other peoples with ‘learn to swim’ classes where I was taken by my parents to become safe in the water. I loved being in the water from the start and it was recommended that I join my local club, Rotherham Metro, as I showed some natural talent & passion for swimming. I progressed through the club levels until I was 18 when I went to further my education & swimming at Loughborough University.

After 3 years I made my international senior debue at the Long course (50m) European Championships in Hungary 2006 where I competed in the 200 & 400m Individual Medley, as well as the 200m Butterfly. These would become the events that I would excel in as I continued to represent Great Britain at the elite senior level. Amassing a total of 21 National medals as well as been 10 time British Champion from 2005 to 2014.

During my long career I was also became a European Medalist (2010 & 2011) and a Double Commonwealth Silver Medalist (2010). All of which are achievements that I am proud of. I also qualified and competed at 3 World Championships (2008,2009, 2011). I am still currently the British Record holder for Short Course 200 Butterfly (1.51.27) & the 400 Individual Medley short course Commonwealth Record holder (4.01.63). In 2012  I became the only British swimmer to qualify three individual events for the London Olympics after winning two events at the Olympic Trials.This was a huge achievement and highlight of my career, and it was here that I was to compete on the largest sporting platform in front of 17, 000 fans and millions untold on live television. 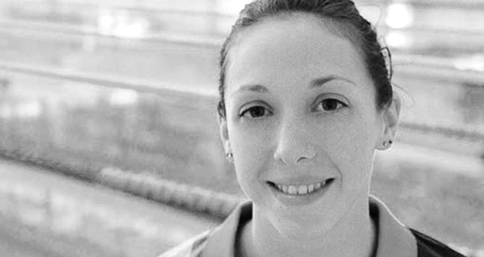 Compared to most, my swimming career started fairly late on. Before the age of 8 I was still scared of water. My Mum and Dad decided that it was time to get me involved with swimming lessons purely for safety reasons, but from there I never looked back! I loved spending time in the water! After learning the basics I was told that I was a natural, and progressed fairly quickly through the club levels at Wyre Forest Swimming Club. I enjoyed taking part in any sport, but swimming was always the one that I loved the most.

I stayed with Wyre Forest Swimming Club until I left for Loughborough University in 2005. That December I qualified for my first International meet at the age of 18, the 2006 Melbourne Commonwealth Games where I swam for England. My first international medal also came at this meet, we won silver in the Women’s 4x100m freestyle relay. The qualification and the medal were totally out of the blue, but I had such an experience that it spurred me on to qualify for further British teams and to better myself.

Between then and 2008, I competed at the European long course championships and worked to make the Beijing Olympics, but unfortunately did not. I took this as a hard hit, but motivated myself to get back into training and be fully focused. Since 2008 I have competed and medalled in various European Championships, World Championships, another 2 Commonwealth Games, and the event that captures everyone’s attention once every 4 years… the Olympic Games in London. This was a massive highlight of my career. I felt proud to finish 5th in the Women’s 4x100m Freestyle relay, and 9th by a tiny 0.16 of a second in the 50m Freestyle, although the small margin was very frustrating. But that’s sport! And I love it! It’s a great thing to be a part of and I would love to share some of my experiences with you through Swim Swift Elite.

Finalist in Women’s 4 x 100m Freestyle relay at the 2009 World Championships in Rome.

5th in the Women’s 100m Freestyle at the 2010 Commonwealth Games in India.

Bronze medallist in the Women’s 100m Freestyle at the 2011 European short course Championships in Poland.

9th & narrowly missing out on a final place after an exciting swim-off in the Women’s 50m Freestyle at the London 2012 Olympic Games.

A frustrating 4th in 50m Butterfly at the 2014 Glasgow Commonwealth Games.

In 2014 we decided to team up together in business to form Swim Swift Elite.  This was following many requests for talks, classes, coaching advice, swim club sessions and personal appearances. Between us we have such a vast amount of experience and knowledge that we are able to pass on to the next generation of  competitive swimmers and we enjoy the process of working with and watching future swimming stars develop their swimming skills that Swim Swift Elite has become a natural next step for us both.

This site uses cookies. By continuing to browse the site, you are agreeing to our use of cookies.

We may request cookies to be set on your device. We use cookies to let us know when you visit our websites, how you interact with us, to enrich your user experience, and to customize your relationship with our website.

Click on the different category headings to find out more. You can also change some of your preferences. Note that blocking some types of cookies may impact your experience on our websites and the services we are able to offer.

These cookies are strictly necessary to provide you with services available through our website and to use some of its features.

Because these cookies are strictly necessary to deliver the website, refuseing them will have impact how our site functions. You always can block or delete cookies by changing your browser settings and force blocking all cookies on this website. But this will always prompt you to accept/refuse cookies when revisiting our site.

We fully respect if you want to refuse cookies but to avoid asking you again and again kindly allow us to store a cookie for that. You are free to opt out any time or opt in for other cookies to get a better experience. If you refuse cookies we will remove all set cookies in our domain.

We provide you with a list of stored cookies on your computer in our domain so you can check what we stored. Due to security reasons we are not able to show or modify cookies from other domains. You can check these in your browser security settings.

We also use different external services like Google Webfonts, Google Maps, and external Video providers. Since these providers may collect personal data like your IP address we allow you to block them here. Please be aware that this might heavily reduce the functionality and appearance of our site. Changes will take effect once you reload the page.